The Mediterranean is justifiably considered the most luxurious and famous sailing ground in the world and proudly boasts a cultural and geological diversity that has yacht owners and charterers returning time and time again.

The French Riviera is blessed with the climate, scenery and culture that ensure it remains the destination of choice for so many. . . Monaco, St Tropez, Cannes, Antibes, Cap Ferrat, Villefranche, . . . all are within two hours of each other by boat and quite rightly conjure up images of the glitz and glamour that is synonymous with the super-yacht capital of the world.

But look beyond the jet-set lifestyle for which this part of the Med is renowned, and the more curious visitor will find a world of secluded beaches and dramatic mountain skylines – many of which are only accessible by – and certainly only truly appreciated – when viewed from the deck of a private yacht.

Starting at the French border and extending through San Remo, Genova, Portofino and the Cinque Terre, the Italian Riviera offers everything that is wonderful about Italy – architecture, history, stunning landscapes – and of course cuisine.  Less developed than it’s French counterpart, its classic Mediterranean feel draws yachts back year after year, and despite being an immensely popular charter destination, the area offers an un-spoilt and unique experience for visiting yachts.

Despite being next door neighbours, the French and Italian Rivieras are culturally miles apart and many yachts choose an itinerary that takes in both – providing a fascinating opportunity to compare the two.

The French island of Corsica is one of the most special destinations in the Mediterranean. Dramatic rock formations provide a backdrop to, and in some cases hide, numerous port towns.  Calvi, Bonifacio, Ajaccio . . .  these and countless other smaller ports all have their own typically french character – and not surprisingly, all offer a tempting mix of local wines, cheeses and fish dishes which can be enjoyed surrounded by the stunning scenery.

A short cruise from Corsica is the Italian island of Sardinia.  But despite being such close neighbours, the two islands could hardly be more different.  Where Corsica is quietly French, Sardinia is loudly and proudly Italian and has become one of the must-do summertime stop-overs on the jet-set merry-go-round.

Offering everything one would expect of an exclusive Mediterranean charter destination, the world renowned Costa Smerelda or “Emerald Coast” boasts some of the best anchorages in the Mediterranean.  The summer season sees Porto Cervo full of luxury yachts and, should one fancy mixing with the rich and the famous, is unquestionably the place to be.

Fashionable beaches, hotels, shops and night-spots might be what Sardinia is best known for, but venture slightly inland and you’ll find a timeless and un-spoilt world of medieval villages, and a pace of life remarkably unaffected by the glitz and glamour of the coast.

Dominated by the world famous Mount Etna, Europe’s largest, and one of the world’s most active volcanos, Sicily is the largest island in the Mediterranean.  Fast  becoming a highly sought after charter destination, Sicily offers visitors a rich and fascinating mix of geological and cultural diversity which is made all the more accessible if either approached or viewed from the water.

The Aeolian Islands to the north of Sicily are in fact the tips of volcanoes.  Stomboli remains active while Panera boasts a mix of black volcanic sand and sulfurous mud baths.  The largest of the Aeolian Islands is Lipari where one can lose oneself among archeological sites, museums and magnificent cathedrals. Perhaps not surprisingly, these islands have been a holiday destination for Italians for generations, but only recently has the yachting community begun to recognise their undeniable and numerous charms.

The steep sided mountains along the Amalfi coast that plunge dramatically into the sea, have created a striking coastal landscape, and this simply breathtaking UNESCO World Heritage Site makes a perfect backdrop for a charter holiday.  The Amalfi coast is most definitely on the jet-setter’s radar but this need not put off the more modest visitor.  Its effortless Mediterranean simplicity and countless cobblestoned villages are in stark contrast to the trendy ‘designer’ boutiques and five star seafood restaurants that seem to be round most if not every corner.  Marble courtyards, cafes, monuments dating back to the area’s time as a major sea-power . . . and the wonderful smell of lemons are just some of the things that characterise this wonderful corner of Italy, which should at some point be on every yacht’s itinerary.

In recent years Croatia’s Dalmatian Coast has become recognised as one of the Mediterranean’s finest jewels.  An endless line of chaotically placed islands offer an almost infinite choice of private anchorages, while the enchanting towns of Split and Dubrovnik provide a mix of attractions favoured in equal measure by fun-seeking families, high rolling fashionistas and culture starved historians.  And while the jet-set appear to have adopted the island of Hvar as their Croation destination of choice, the islands of Vis, Korcula and Brac are all well worth a visit. Put simply, one could spend many weeks in this area and never discover all it has to offer.

Bordering Albania to the south and Croatia to the north, Montenegro is considered by many to be one of – if not the number one superyacht destination in all of Europe.  Rugged mountains surround the UNESCO World Heritage site that is the Bay of Kotor where the town of Tivat now boasts a premier superyacht facility.  From here one can explore countless bays, villages, lakes and canyons as well as a spread of architecture that tells so many different stories from the country’s troubled past.

Whether scheduled as the start-point or the end of a cruise in the Adriatic, there could surely no finer place than the city of Venice.  One of the most popular tourist destinations on the planet, what better way could there be to visit this charming city of romance than on board a private yacht.  Moor within site of St Mark’s Square, take the tender ashore, shop, wander and dine at leisure and when the crowds become too much, simply take the tender back to the tranquility of the yacht.

Despite being next door neighbours, the French and Italian Rivieras are culturally miles apart and many yachts choose an itinerary that takes in bo... 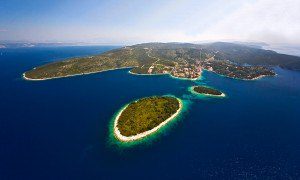 In recent years Croatia’s Dalmatian Coast has become recognised as one of the Mediterranean’s finest jewels.  An endless line of chaoti... 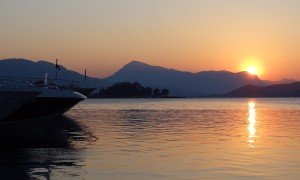 Greece, the land of the Sun and the Gods, scatters its islands into the iridescent Mediterranean Sea presenting one of the most beautiful cruising ... 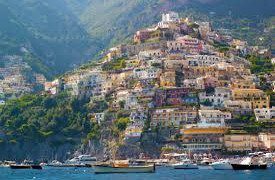 Dominated by the world famous Mount Etna, Europe’s largest, and one of the world’s most active volcanos, Sicily is the largest island in... 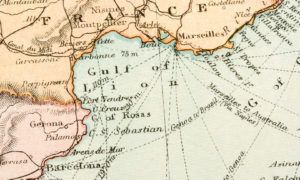 The French Riviera and Monaco are blessed with the climate, scenery and culture that ensure it remains the destination of choice for so many... 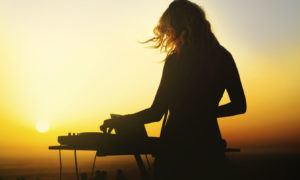 SPAIN is as colorful and varied as the flamenco dance itself. A big country with an immense coastline it sweeps around from the unspoiled natural r... 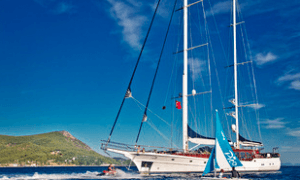